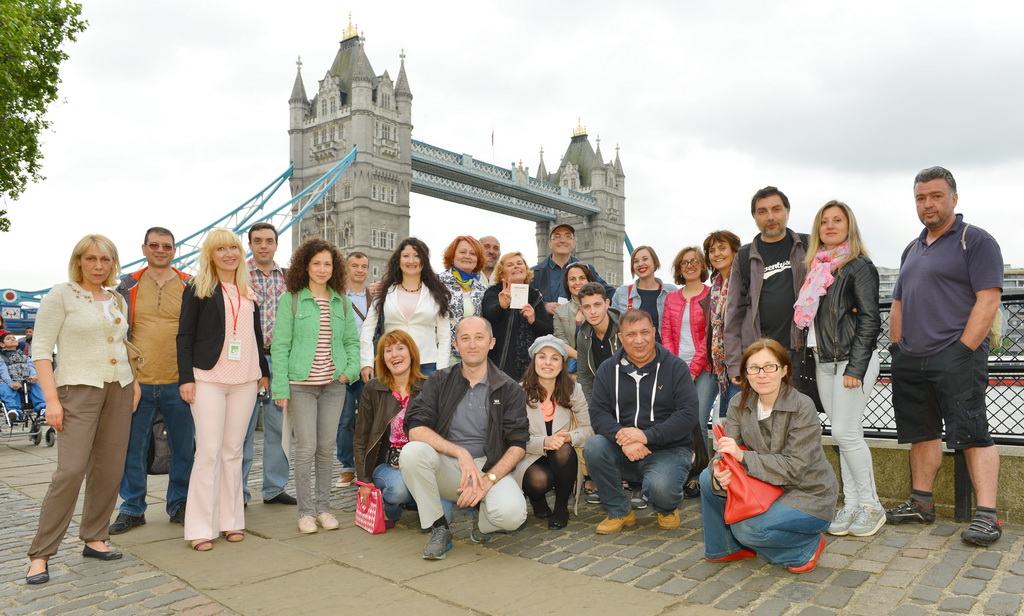 For the first time, members of the London Bulgarian Association are organising an event on Saturday, 26 May 2018 to celebrate a day of Bulgarian culture together with other Londoners.

The event comes in the wake of a study released this month which shows that Bulgarians have experienced worsening attitudes towards them in the last couple of years, citing hostility and discrimination in the NHS and on public transport. But though the uncertainties about Brexit are causing some anxiety, most of the people surveyed say they are not making any changes to their plans for the future. Living in London has made their lives more secure, and they appreciate the diversity of the city.

The event, on Saturday, 26 May, 3 to 5 pm, will be a Bulgarian food tasting party at Golden Square in Soho, to celebrate the Bulgarian culture and Slavonic alphabet day. Londoners can come and taste dishes including banitsa pastries with cheese, shopska salad – a cold salad made with tomatoes, cucumbers, onion/scallions, raw or roasted peppers, lukanka – a salami unique to Bulgarian cuisine and liutenitsa, a spicy vegetable relish.

Saturday’s event follows a rose planting event in Golden Square in April when the group planted Bulgarian and English roses as a symbol of friendship between the UK and Bulgaria. It was their gift to Londoners and their first give-back-to-London action.

The rose is the national flower of both Bulgaria and England.

The London Bulgarian Association (LBA) has 400 members who explore London together and organise events connecting the Bulgarian diaspora with Londoners. Funded by the Greater London Authority under the “Citizen-Led Engagement Programme” of the Mayor of London, Sadiq Khan the LBA’s project, including rose planting, survey, group visits to London institutions, and Bulgarian food tasting, aims is to give the Bulgarian diaspora in London a stronger voice in reflecting the successful integration of Bulgarian migrants in British society.

The day of Bulgarian culture and Slavonic Script is a national holiday in Bulgaria. It’s celebrated on 24 May which is non-working day in the country. Traditionally on this day school children bring flowers to their teachers who along with artists and scientists are praised in the media and at public events. This holiday is more popular than other national holidays which tend to commemorate historic dates that divide the nation or have not connection with the life of modern Bulgarians.

The London Bulgarian Association has also just completed a survey about the life of London Bulgarians. The survey results were presented at the City Hall on 5 May. The first survey of its kind, it asked 151 Bulgarians questions to explore their social status, when and why people migrated, and the scale of their integration in the UK society. It found that cosmopolitan life in London has made Bulgarian immigrants more tolerant of diversity. At the same time some Bulgarians revealed worsening attitudes towards them in the last couple of years, citing hostility and discrimination in the NHS and on public transport. But though the uncertainties about Brexit are causing some anxiety, most of the people surveyed say they are not making any changes to their plans for the future.